A brief understanding on how Aquaponics Started, and who invented it.

As it turns out, Aquaponics wasn't invented by man, but has been going since early life on Earth in the oceans.  The relationship between Fish, Bacteria and Plants in the ocean and seen today in normal Fish tanks is an example of Aquaponics.  It has only been recently that we have started using Aquaponics in modern farming methods. 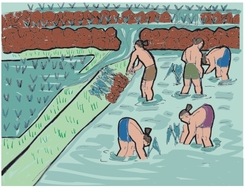 The ancient Chinese farmers had used many kinds of farming methods and it took thousands of years, as well as many techniques from all of their methods to develop the first Aquaponics system. The system they developed had many good things about it, but the main thing was that it was cheap and easy to manage. The Chinese farmers got fish food from the ducks, and the ducks were fed by the insects that were attracted to the rice crops, pests and small fish. The fish would also eat the bacteria as well as the duck waste in the water, and this would help purify the water 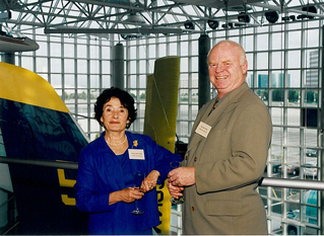 The Aztecs were surrounded by swamp land which was useless for farming. Because of this, they were forced to think of new ideas and ways to grow their crops. Their idea was to build floating rafts which were made out of mud, reeds and broken down plant matter which were woven together. They called this idea ‘chinampas’. These chinampas were an excellent idea because they could be fixed in one place, or be able to get moved around by the Aztecs. On the floating islands (as some called it) they grew crops such as maize, beans and squash.

The New Alchemy Institute (NAI) was a foundation that was aimed to help produce sustainable human support systems. In 1968, William McLarney, John and Nancy Todd started to study food, water, energy and shelter. One of their jobs was to create bio shelters, so that they could test and get a better understanding of things like soil, insects, water and plants.
After many years of studying together, they designed an Aquaponics system not so that they could maximize food growth but to improve the water conditions for the fish.

Later on in the 1980's, their ideas were improved at the North Carolina State University by Dr McMurty and Professor Sanders. They had added separate grow beds with a base of sand and the use of Tilapia (a type of fish), which is still the most popular kind of fish used today in Aquaponics. This design was named as the Closed-Loop Aquaponics system, the only problem with this was that they still had to provide fish food.
Ten years later, Tom and Paula Speraneo had developed a better design which is a lot like the Aquaponics system we use today. They replaced the sand beds with gravel and also changed the water cycle by adding in extra pipes and drains, so it would flow better.